Keep track of the happenings at Martin Engineering, industry news, success stories, and technical articles that can help you solve problems at your own facility.

A gold mine in Colorado was experiencing material flow problems, creating the potential for lost gold. With the price of gold listed at approximately $1200.00 per ounce, capturing every bit of gold was essential to the operation. The grizzly screen was experiencing blockage, resulting in lost pay dirt which basically means lost gold. The screen was able to shear off bigger rocks when dumped but the smaller rocks were hanging up on the screen and jamming up the fines. When mining, it is crucial that as much paydirt as possible makes it to the material stream as this increases the chances of finding gold.

Martin Engineering’s Vibration Specialist, Larry Horrie, visited the mine to see if we could help solve their problems by applying engineered vibration. Upon talking with the site manager, Trey Poulson, about what the crew was up against, we dug deeper into the problem. According to Poulson, “We feed the feeder when the grizzly screen is flat and when we dump it, the boulders and all of the fines are getting hung up on there. Then we have to lift the entire load off that back leverage point and it just too much for the grizzly screen.” In an attempt to resolve this issue, the crew ended up putting a slope on the grizzly screen and was able to shear off the bigger rocks but the smaller rocks were still hanging up and jamming up the fines. Poulson continued, “The small fines are staying on top of the smaller rocks which could lead to dumping off the pay. We can’t continue to lift the whole load and we can’t afford to dump the fines. We have to find a happy medium.” 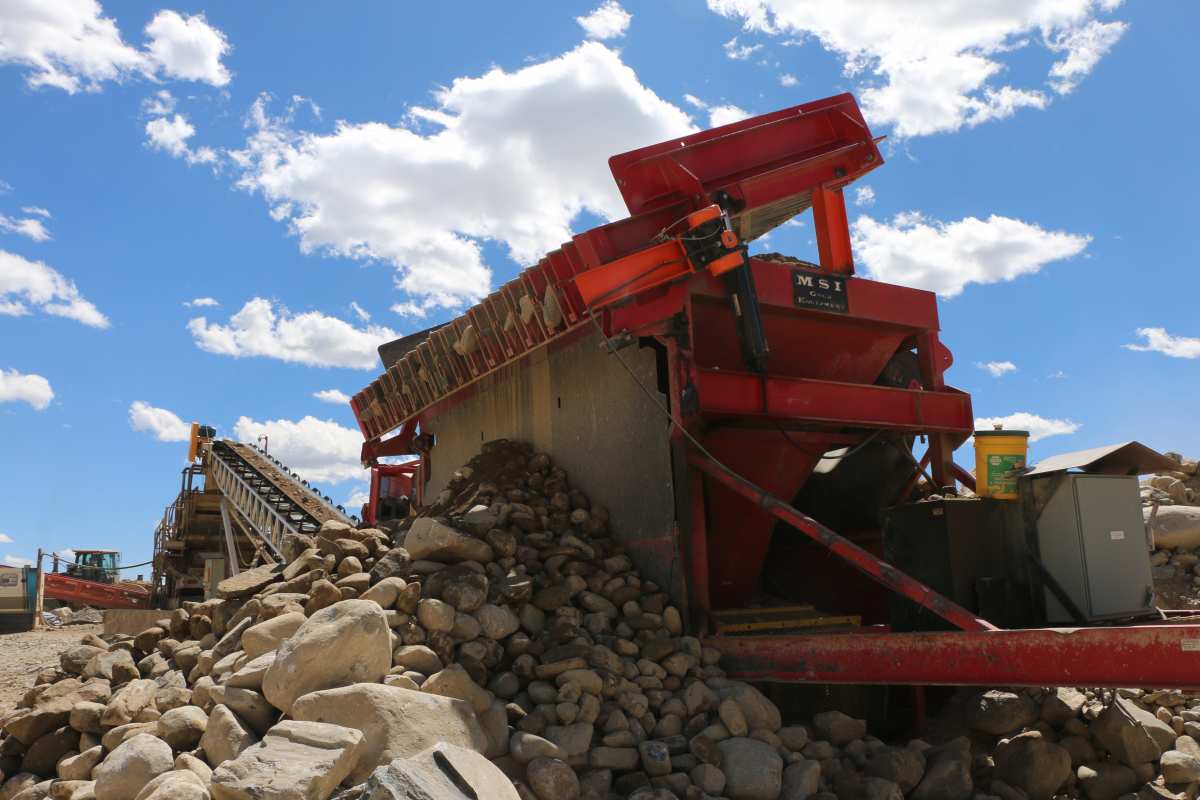 Wait! Consider Our Free Expert Assistance For Any Technical Decisions...
9 out of 10 customers benefit from our expert advice. We highly suggest you take advantage of this Free Assistance to ensure proper product selection and consideration of all components needed to solve your problem. Use the contact options below to get started!
Request Assistance
Live Chat Live Chat with Technician
Find Rep Find Representative
Call Us Today 800-544-2947